Here is an excerpt of Patrice Groleau’s, owner of McGill Real Estate, comments from journalist Danielle Bonneau’s from La Presse article on the development of the Griffintown district, the state of the real estate market, who are the buyers, what are they looking for, etc.

We represent the District Griffin project in Griffintown, which in turn represents the vast majority of residential towers to come and virtually 100% of the commercial spaces. This being said, emphasis should be put on the fact that Devimco Real Estate (Serge Goulet) is responsible for the revitalization of Griffintown, as we know it. Other developers have followed suit to the heart of Griffintown (Devimco) sensing the trendiness of the district in the years to come.

Phases 1 and 2 of District Griffin in Griffintown have been delivered. Phases 3 and 4 are selling at a steady rate and going strong since the beginning of the year, and we are already planning for Phase 5.

Our brokers also represent resale properties in some of the other developer’s projects and we rent or resell our ” listings” in Griffintown, the demand is real.

In close proximity, we also represent the Nordelec project (Elad), Walter sur Atwater (Devrino), The Peterson (Benvenuto) in the Quartier des Spectacles for which construction has just begun, St -Dominique project (DevMcGill) whose construction is well underway as well as M9 in the Cité du Multimédia where we are finishing up sales for an almost ready Phase 4.

In terms of buyers, we truly cover everyone, from first time buyers, to students, young professionals, single people (male / female), young couples, young families with one child and baby boomers as well as retirees. The only group we have less representation of are families who need 3 or more bedrooms.

As the majority of our buyers are homeowners (+85 %), very few of our properties are currently for resale and the rest (-15%) represents rental real estate investors.

The reason is simple; it all comes down to budget. We have beautiful large areas with several rooms but obviously the more the square footage increases so does the price. Unfortunately young families often do not have the necessary budget for these properties or rather, they have a tendency to compare what they can get for the same budget to a bungalow in the suburbs but often without taking into account the commute and without taking the time to analyze whether the additional square footage is actually a necessity. Watching television in a room of 200 sq. ft. or 300 sq. ft. does not really prevent you from being comfortable and raise children, does it? Especially with the spacious common areas where children will have more room than in a bungalow. That being said, who should take the task of making 3 room condos accessible to young families?

The profit margins of developers are very reasonable; they cannot take this financial responsibility. In any case, if we impose the promoters to offer 3 bedrooms at a maximum price, it is the balance of buyers in other condos that will pay the price. Nothing is lost, nothing is gained if the price is cut, and the developer is not subsidized so he will have to cut in product quality or increase the price of the balance of the project. The cost of land, materials and labor do not change whether the intention is shared or not. Evidently, no developer will build a project at a loss.

Personally, I think it is the responsibility of the provincial, federal and municipal governments. Offering discounts on properties belonging to municipal, provincial or federal bodies to developers in exchange for an obligation to build units or entire projects geared to families will allow for rebates being reflected in the property prices and make them more affordable. But there will always be a floor price and prices will continue to climb. Let’s not forget Montreal is an island, there is a natural rarity at hand. More scarcity means less supply. Despite rising demand for land, construction costs are constantly increasing. This has nothing to do with the appetite of developers; profit margins are very far from what people imagine.

We are noticing that young families are slowly changing their perception of the condo. We see that it is possible to raise a family in the city. Historically speaking, how many people have lived in apartments for years in working-class neighborhoods like Rosemont, Plateau, HoMa, etc., neighborhoods that are also experiencing an increase in prices. Prices are also on the rise in the suburbs now that the protection of agricultural land does not allow for zoning changes; scarcity is also catching up in the suburbs. Bungalows with above ground pools are left behind for a life in the city. It should be understood that the curve of urbanization in big cities like Montreal is universal; Montreal will catch up to Toronto, Vancouver and other major cities around the world. We are just at a different stage of the curve but ultimately we will all follow the same trajectory.

We are also noticing that buyers are becoming more and more demanding in terms of the product they are looking for. Some project competitors who offer a poorer quality / price ratio do not do as well, nor do projects with more than 50 % of the condos for rent and promoters historically known for basic brick and wood products. The latter having trouble making the leap to work with a quality concrete high-rise building in areas where we (District Griffin / Devimco Real Estate) already have first options on which include St Anne’s Park, Bord Le Havre, Peel, etc.

People are tired of spending 10, 15 hours per week stuck in traffic and know that it will not improve. In short, they want to get closer to work. They want a neighborhood, a sense of belonging, they want local services. At this level, District Griffin is unbeatable with a pharmacy, a SAQ, grocery stores, restaurants, etc. They want green spaces and Griffintown offers this with many parks, Le Havre, the Lachine Canal, the Smith Square, etc. The amount of land that was expropriated to make way for parks is impressive and the city of Montreal should be congratulated for this. 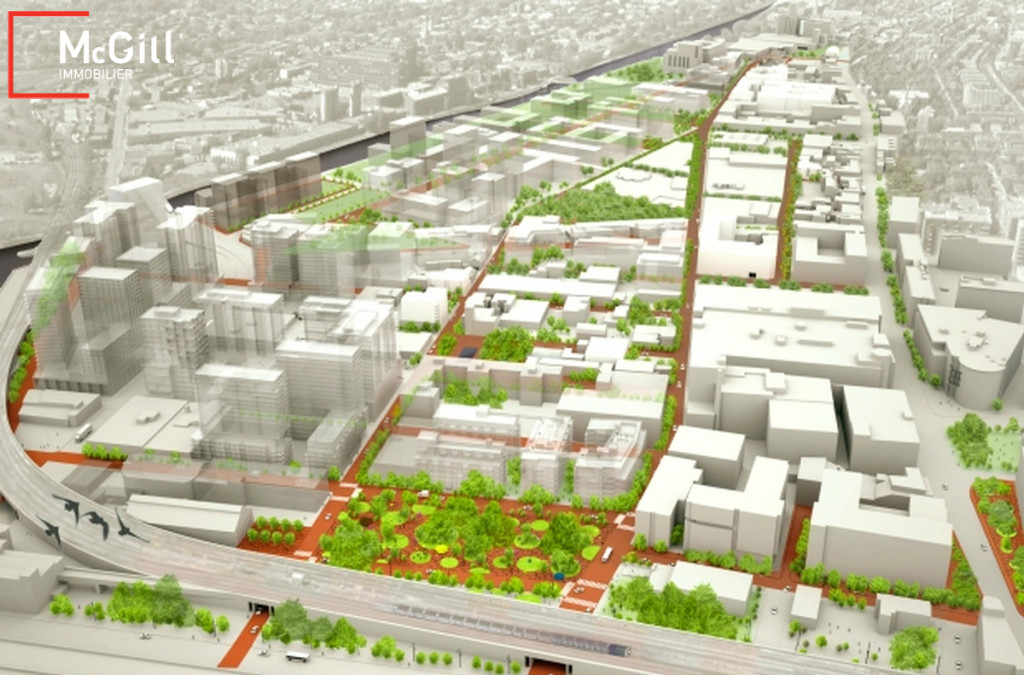 Future owners want quality services right at the doors of their condo. District Griffin offers extraordinary communal terraces, the largest suspended Montreal in phases 3 & 4 with more than 30,000 sq. ft., a terrace, a rooftop pool, a 4 season urban spa, a gym, and more.

In short, we are attentive to the requests out there, and projects are being shaped accordingly. These future owners are looking for well thought out layouts that have a good flow, that are practical and intelligent, which was reflected by the huge success of our Genius Condos with its multifunctional furniture pushed to a level never seen before and actually a first in Canada!

Beyond the standard & look of kitchens, bathrooms, etc., buyers today are looking into the quality of products like the insulation of windows, soundproofing materials, etc…

They want to feel confident in an honest developer who will be around after delivery and will be represented by a qualified and experienced sales team. After all, they want to be sure they are making a good long-term investment decision.

With all the changes in the condominium regulations on guarantees of new constructions etc., it would be good for developers to be obliged to use brokers that look out for both the developer and the client.

At McGill Real Estate, we have all the tools to fully satisfy customers and developers. We have a reputation built on integrity, honesty, efficiency and long-term vision.

Regarding schools, CLSCs, etc., we must wait for a significant amount of demands to adapt offers to the needs depending on the final demographic reality. But one thing is certain, the city of Montreal is doing a great job at this level and planning is well underway with several sites that are ready to be developed as soon as the demand arises. Not to mention the common technology campus of the University / ETS, etc., in short, Griffintown is not left to developers only as many people say or think. The city is very demanding and rigorous at all levels. It should, however, increase staff at the district level to handle today’s high demands. They want the historic buildings to be preserved and that is the case. There are about fifteen buildings that have a heritage value that will be preserved. It should also be clarified, that the majority of projects are emerging on vacant lots, or in buildings/warehouses that have no heritage value.

The future buyers are looking for a less densely developed and populated area with less traffic than downtown while having some proximity to the city, they want to be able to walk to the Bell Centre without being exposed to the hustle and bustle caused by many game nights and concerts.

Baby boomers want to live in the city fully, not in an in between area. We notice a lot of people who have cottages in the countryside and a condo in the city after spending so many years in the suburbs that is nor city nor a holiday spot.

In short, they want a future urban area with a new generation unique to Montreal. With the historic Old Montreal, water, financial & academic downtown, the Atwater Market as neighbors, it is difficult to find a better location. A practically barren property that all major cities of the world would like to develop.

With more affordable prices than the neighboring areas, excellent rental potential, this district is ready for a bright future. 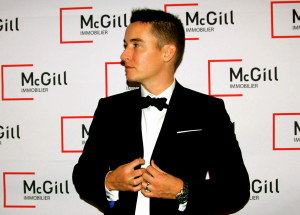