The Economist Intelligence Unit (EIU), is an independent branch of the Economist Group, which provides forecasting and details on a countries economy, cost of living, financial trend and much more. They are highly recommended by corporations looking to expand their businesses in other parts of the world. So when the EIU released a report on the best city to live in the world, many Canadians were over the moon. This was determined by combining certain findings such as safety, liveability and cost of living, to name a few. Toronto came in first place and Montreal came in 2nd! Generally, Vancouver is Canada’s mascot in these types of reviews. However this year, it does not appear on the list. We also noticed that many of the regular Scandinavian players were not there either. This is unquestionably due to their exaggerated cost of living. 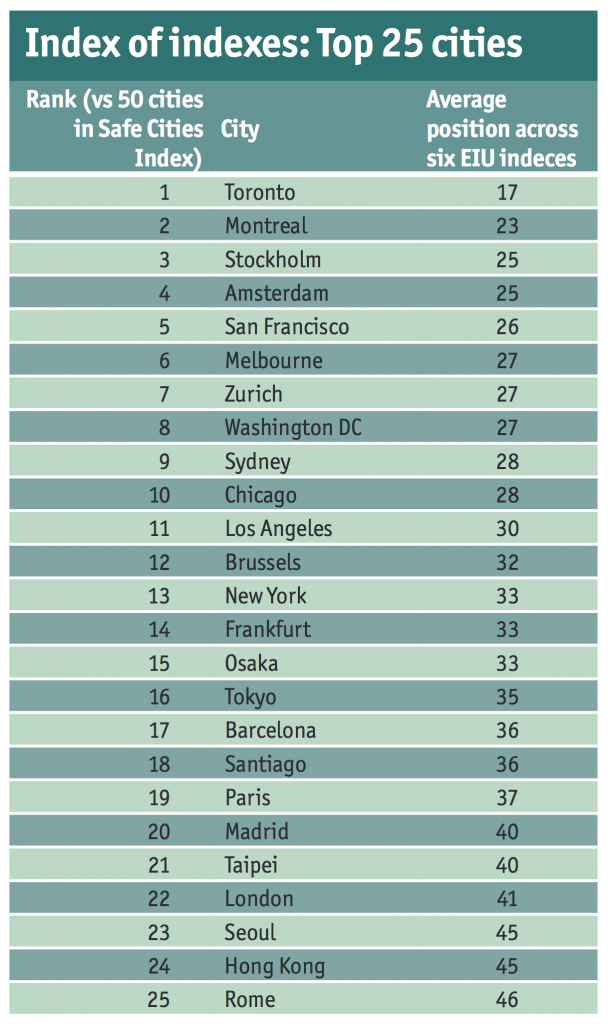 Being rated #2 of 25 most performing cities is truly respectable. I once read a quote that said, “Second place is not a defeat. It is a stimulation to get better. It makes you even more determined.”. We look forward to seeing where w stand next year.