A major redevelopment in the business center

The borough of Ville-Marie has proposed several major actions aimed at the redevelopment of the train station district. in Spring 2015 in a draft presented by the Special Planning Program (SPP),

The layout of the main axes (Peel, Notre Dame, Saint-Antoine,…), the creation of new public spaces, including a large urban park above the Ville-Marie, adding bicycle paths and greenery along specific streets are part of the actions recommended in the project.

The borough would like to begin the revitalization of the neighbourhood by taking a first step toward the redevelopment of the urban space. This first phase, starting in 2016, aims at de la Montagne and Drummond Streets north of the Bell Centre, including the restoration of the underground infrastructure, widening sidewalks, planting trees, and upgrading street furniture, which will be uniform throughout the neighbourhood.

Objectives of the initiative

Since the early 2000s, the business center and its surroundings are experiencing a revival that led notably to the addition of a remarkable number of housing and commercial as well as cultural facilities. Soon other major property projects will mark the landscape near the Bell Centre, and will change the face of the neighbourhood.

The borough wishes to support this development and is focusing on the train station district by implementing a quality redevelopment of the urban space, which will favour a re-appropriation by its users.

Among the key proposals in the PPU draft, the district recommends the development of a new park: the Ville-Marie Park, which is located above the Ville-Marie, on land belonging to the Ministry of Transport Quebec.

To fight against the heat islands, this proposal recommends the addition of 750 trees in this neighbourhood, of about 2.3 hectares.

Delimitation of the area

With over 100,000 daily crossings in the area, including 37,000 passengers accessing the two metro stations: Bonaventure and Lucien L’Allier, the train station district is the main intermodal hub in Quebec, as well as the main of the city’s public transit.

You wan to by a condo in the area? Contact us at: info@mcgillrealestate.com

You want to rent an office? Contact us at info@mcgillcommercial.ca 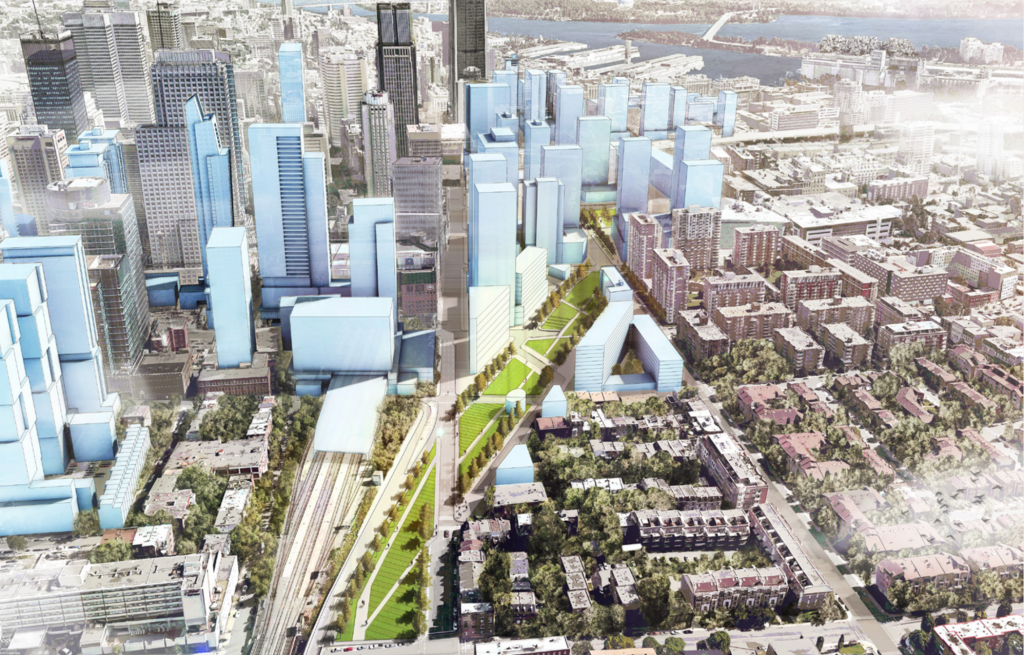 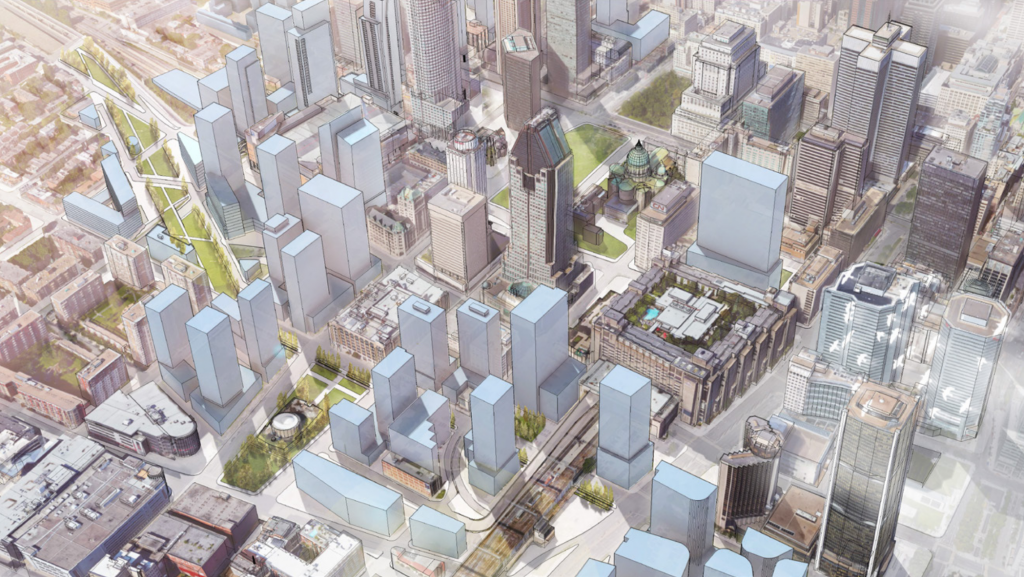 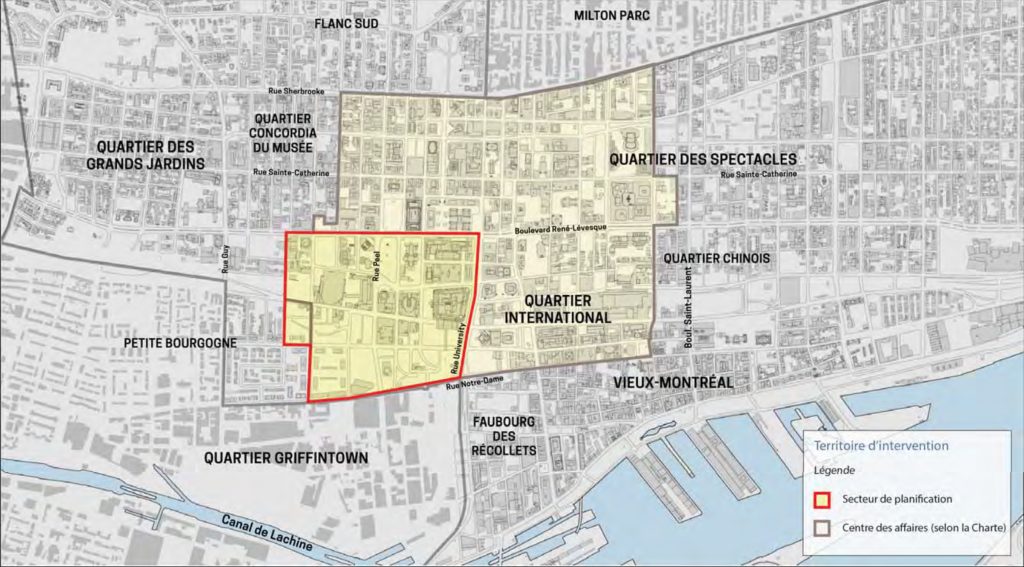 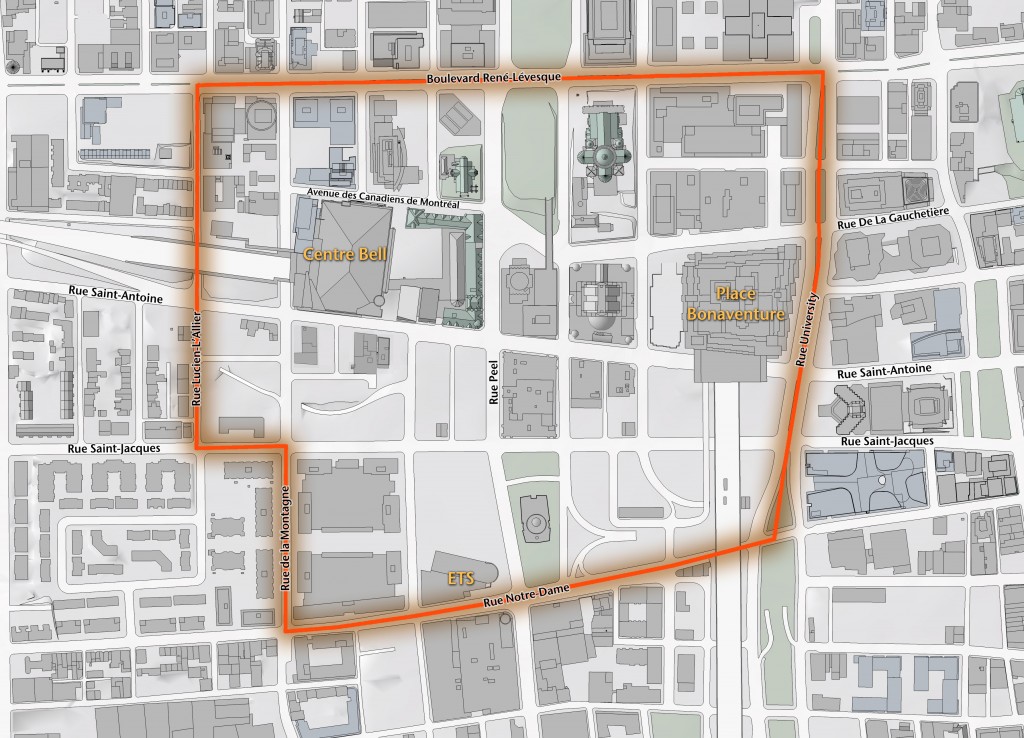 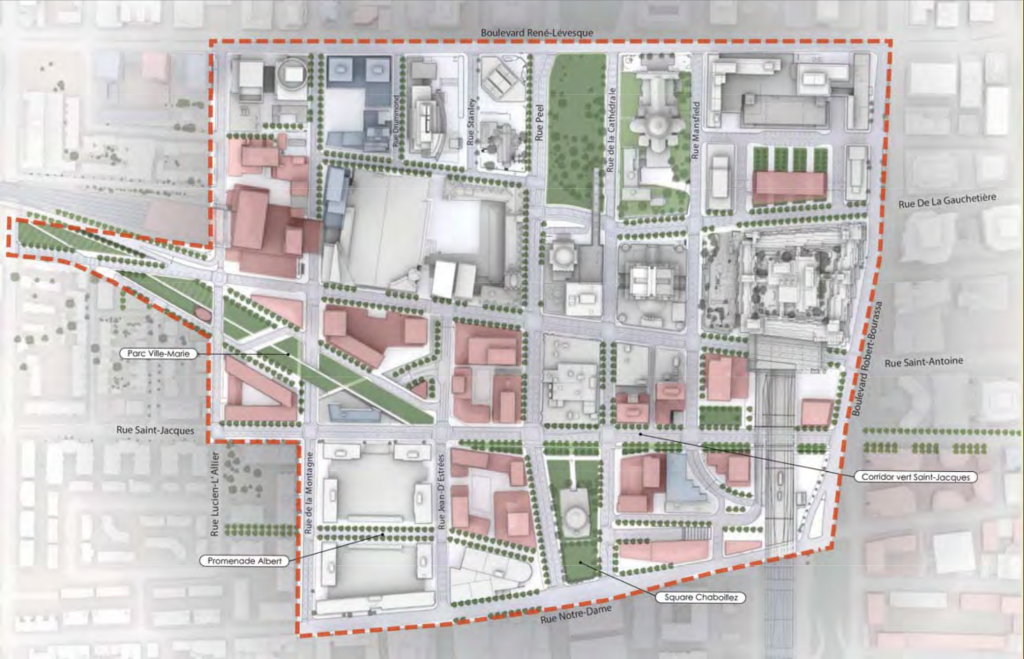 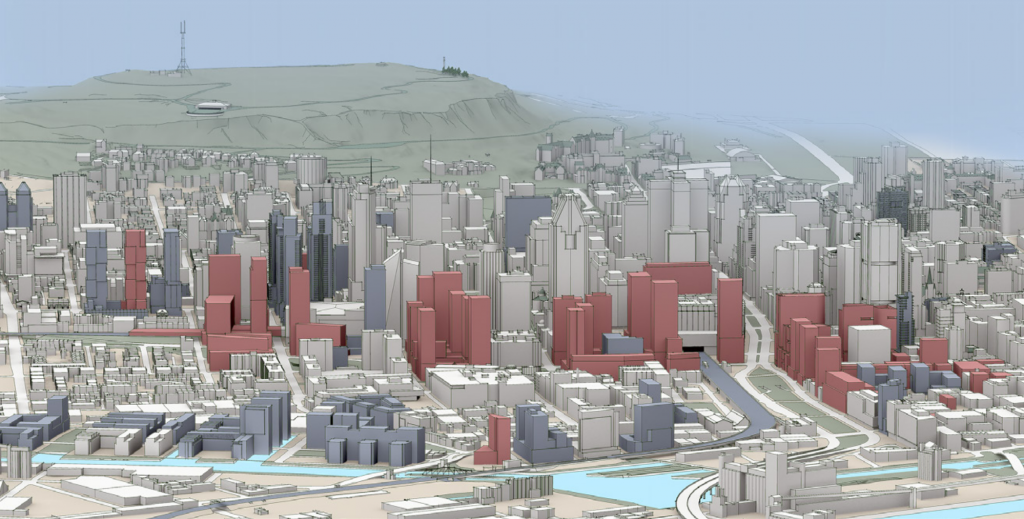