The Montreal Port Authority (MPA) has a project of redeveloping the centenary Quay of Alexandra, which gathers ships in the Old Port. It is currently trying to find the funds, the necessary $ 78M to go forward with this project. 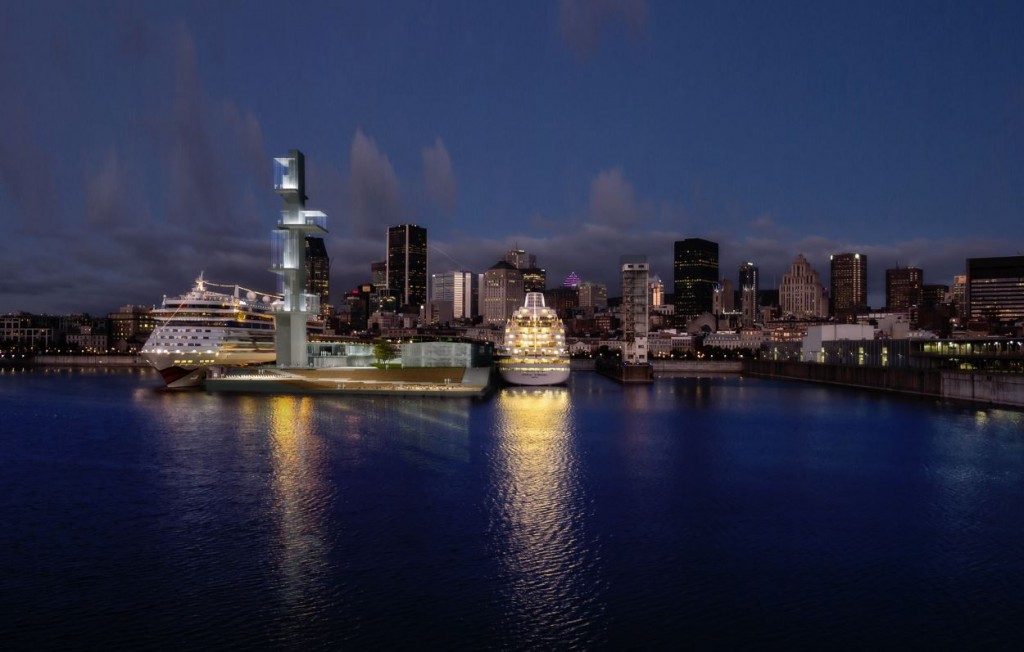 The APM’s project is to create new public spaces on the quay, by making it greener and reducing parking spaces. A new ferry terminal and a 100 meter high tower are to be built.

The end of the dock will be lowered to provide more direct access to visitors and residents of Montreal to the river.

The Alexandra Quay, located in front of the Pointe-à-Callière Museum, was built in 190. In 1967, it became a marine terminal for tourists arriving by cruise ship.

Right now, about 55 000 tourists arrive by boat to Montreal every year. With a new ferry terminal, APM expects to be able to attract more than 100 000 passengers in 10 years. The economic benefits generated by the cruise market could well go from $14M to approximately $ 100 million, according to the port authority.

Note that although these transformations will accommodate more cruise lines, it will always be impossible for larger cruise ships to get to Quebec because of the insufficient depth of the Saint Lawrence River. 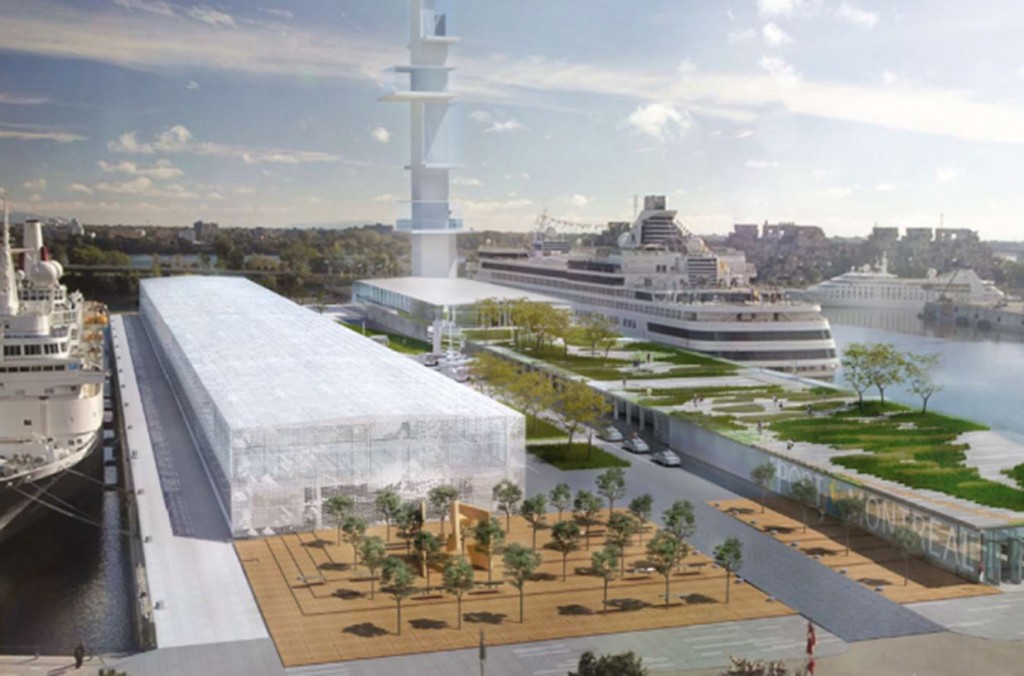