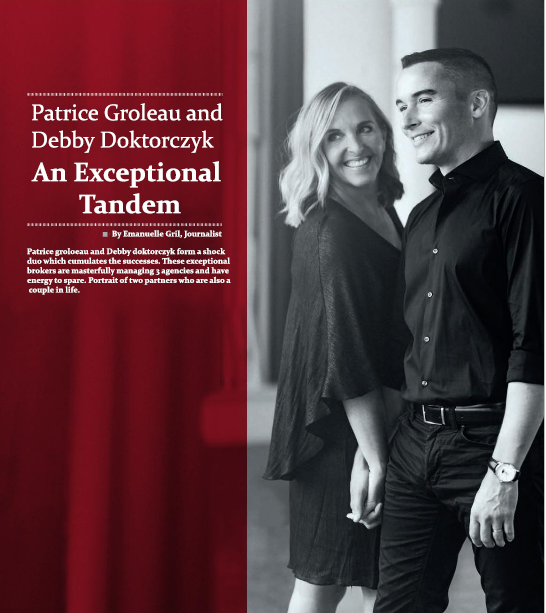 Of Belgian origin, Debby Doktorczyk was not destined for real estate brokerage when she came to Quebec in 1992.” I had studied interior design at the Royal Academy of Fine Arts in Brussels and continued my training here. Then, I worked in the field for a few years, notably for California Closets, a company for which I designed storage spaces. Then I teamed up with another person to make real estate flips. And that’s when I remembered that you’re never better served than by yourself! So I got my real estate broker’s license and went for it,” she recalls.
For his part, Patrice Groleau, a graduate of four universities, worked in finance, but didn’t get the hang of it. However, he fell in love at first sight when he met the woman who is now his wife and decided to get his broker’s licence as well as his Agency Executive Officer certification. Afterwards, they both started working for real estate developer DevMcGill and launched their own real estate agency: McGill Real Estate. A choice they have never regretted, as they developed their passion for real estate as a couple and are now living it to the fullest.

From their beginnings in the business, Patrice Groleau and Debby Doktorczyk realized that there was a place for them in the field of new property sales. This was the idea behind McGill Real Estate, which they created in 2004. Soon enough, the growth of Montreal’s Griffintown neighbourhood gave them the opportunity to showcase their talent. “We were associated, among others, with Devimco as well as two other developers’ and we were in charge of four of the 20 new condo projects for sale in the area. For several years, we realized more than 70% of the sales in this territory,” recalls Patrice Groleau. 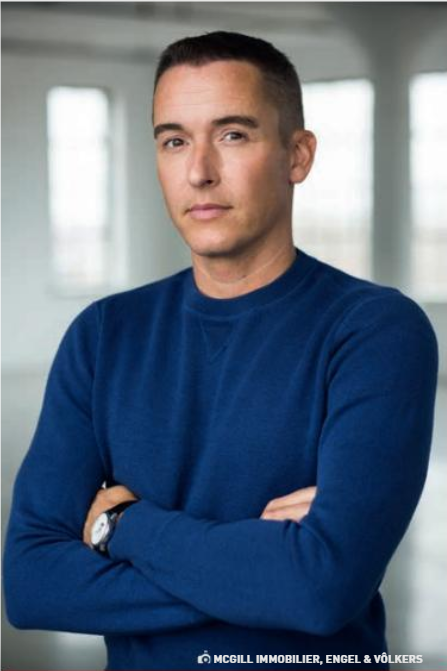 ONE SUCCESS AFTER ANOTHER

Today, McGill Real Estate has sold more than 10,000 new condos, the equivalent of $4 billion, and more than 25% of the major projects in the Montreal area. Understanding that their clients had other needs as well, in 2015, the tandem created McGill Commercial, which as its name suggests, is dedicated to the sale of commercial real estate. The same year, one challenge not waiting for the other, they launched Engel & Völkers Montreal/Quebec, the Quebec branch of a European banner, a world leader in the sale and acquisition of luxury and high-end properties. After three years of existence, the agency had already become the leading luxury real estate agency in Quebec in terms of transaction volume, and by 2019 it ranked #1 among the agency’s 800 shops worldwide.

While their competitors had to cut positions during the pandemic, they, instead, are continuing to recruit and will soon be launching a new office, their sixth, in Solar, next door to Quartier DIX30. And when all of Quebec was on a break, McGill Real Estate still made more than a hundred sales. How do you explain such a performance? Patrice Groleau and Debby Doktorczyk’s flair and business acumen are beyond doubt, but they can also count on a fire team, a kind of dream team, within their agencies. Motivated people who have been carefully selected and hand-picked, for a total of 175 employees today. “We are one big family, and it’s a bit like the UN at home! It’s very diverse in terms of origin, age and gender. I can do up to 20 interviews a week at peak times and I’m always looking for a specific personality profile. I want to find three key elements: honesty, friendliness and credibility. In 30 seconds, based on what he or she brings out, I know if a candidate has these qualities,” says Patrice Groleau.

But that’s not all; the two partners also have a promising vision. First of all, because they have succeeded in breaking free the brokerage structure from another era, but also because they are totally committed to their business “Our agencies are 100% privately owned with a long-term vision. Over time, we have taken a lot of financial risks, but we have not done so in a spirit of profitability. We are not “bling-bling”, we don’t drive purple Lamborghinis, and the amounts on our T4s are similar to those of our good brokers. We also succeeded, always in a healthy way and without crushing anyone,” says Patrice Groleau. They’re also good corporate citizens, since their agencies are the main sponsors of the Sainte-Justine UHC ball and are also partners with the CHUM research centre and several other foundations.

THE TWO ARE SIMPLY A PAIR

Partners in life and in business and parents of three children, the spouses make no secret of their passion for their profession. In fact, it is an integral part of their lives, and for them, there is no question of making a break between work and personal life. “We talk about our projects all the time, we’re in meetings all the time! We never run out of things to say… “, jokes Patrice Groleau. “We don’t understand the need to separate the two worlds. For us, they are closely intertwined. It’s also easier to manage on a day-to-day basis, since Patrice understands perfectly when I have to work late to finish a contract for example, and vice versa. Even our holiday plans are along the same lines, as we travel abroad for real estate events or to buy properties,” adds Debby Doktorczyk. 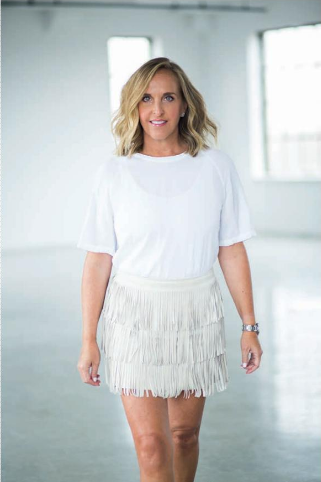 THEIR SKILLS ARE COMPLEMENTARY

…each with its own unique strengths.” For the first few years, we both did a little bit of the same thing, but as the business grew, we naturally separated the tasks. I love being in operations, going out on the field, meeting with developers and brokers. Patrice is very good at all aspects ranging from marketing to promotional ideas. He launched our website and social media 15 years ago when it wasn’t very popular at the time, he has a real vision. We are partners and involved in all three agencies, but today he’s the one who took the lead at Engel & Völkers, and I’m the one who took the lead at McGill Real Estate and McGill Commercial,” she says.
How did they deal with the situation of social confinement and social distancing? “We adapted very quickly. In less than a week, more than 33 of our projects had already gone virtual,” says Patrice Groleau. From his point of view, real estate should not be too shaken by the current crisis; if it is, it will be temporary. “I remain very optimistic, I believe that in the major centers, the market should remain stable and even grow from 2021. Even if the CMHC (Canada Mortgage and Housing Corporation) makes a band apart by predicting declines of 6 to 11% for Quebec, as we were already verging on overheating in downtown Montreal with increases of 24% in one year, in the end, the correction should be relatively weak, if there is a correction in certain sectors, and this will help stabilize the market in the short term,” he analyzes.
For him, the economic disaster will not happen. “Various factors can contribute to a traditional recession, such as unemployment, inflation and other economic data that are often difficult for ordinary people to understand. “Here, the difficulties we are going through are mostly related to COVID-19. So as soon as we solve it, we can return to the growth we had before,” he predicts. A positive vision that could well facilitate the recovery of the Quebec economy.