Tod Brossard will be the home of a $1,2 billion mega-complex on the north-east corner of Highways 10 and 30.

The proposed development, spearheaded by Devimco, will include 2,500 housing units (including condos), a hotel, a convention centre and 20,000 sq ft of green space for residents and visitors.

A light rail system (LRT) is even being proposed as part of the project and researched by the Caisse de Dépot, which could bring commuters from Montreal to Brossard, and back.

“This is no ordinary project. We want to built a place where the people of Brossard will instinctively want to gather,” said Serge Goulet, head of Devimco, at a press conference for the project, called “Quartier TOD,” or Transit-Oriented Development. The new eco-development will be linked by an overpass to Dix30, the outdoor mall that cost Devimco over $800 million to build, which it has since successfully exited.

Goulet said he expected construction to begin next fall, and the entire project will take 10-15 years to build. The first building is projected to be complete in December 2017.

Devimco said the LRT will arrive directly to the TOD District station, and residents of the project will be able to easily access the beautiful Place de la Gare, walk or bike via a fully equipped bike path. Public consultations are currently being scheduled for the financial viability of the LRT station, so it still remains to be seen how the final product will turn out.

Still, there’s a lot to be excited about for this mega-project. According to Devimco, Quartier TOD will become the largest residential project in Quebec, with more than 2,500 residential units up for grabs, including studios, condos in one, two or three-bedroom apartments and penthouses.

“We’re offering a mixed-use project, aiming for a whole new lifestyle concept founded on the principles of an eco-neighbourhood,” said Goulet. “Our innovative project will…be the top reference in TOD-type developments. Because of its density and its diversity, our project will be representative of a true TOD as defined by the Metropolitan Land Use and Development Plan (PMAD).”

Brossard Mayor Paul Leduc told the Montreal Gazette’s Paul Delean that the projected Quartier TOD site — about three million square feet — is one of the “last significant tracts of vacant land in Brossard not zoned agricultural.”

Leduc hopes the development will breathe new life into a key sector and become a model for the metropolitan region and other Quebec municipalities.

The proposed overpass, to be built by the city, will include a covered bike path and pedestrian walkway, and should be operational by the end of 2017. The city will spend about $60 million on infrastructure to help realize the development, according to the Gazette.

All told, this huge project will entail condos, a huge shopping center, massive green space, commercial buildings full of businesses and even a convention center.

Young professionals will enjoy the restaurants and easy access to downtown Montreal, while Baby-Boomers will find a beautiful neighborhood and a community where physical and social activities are abound. Families will appreciate the parks, neighborhood safety and the services within walking distance.

What’s not to love? 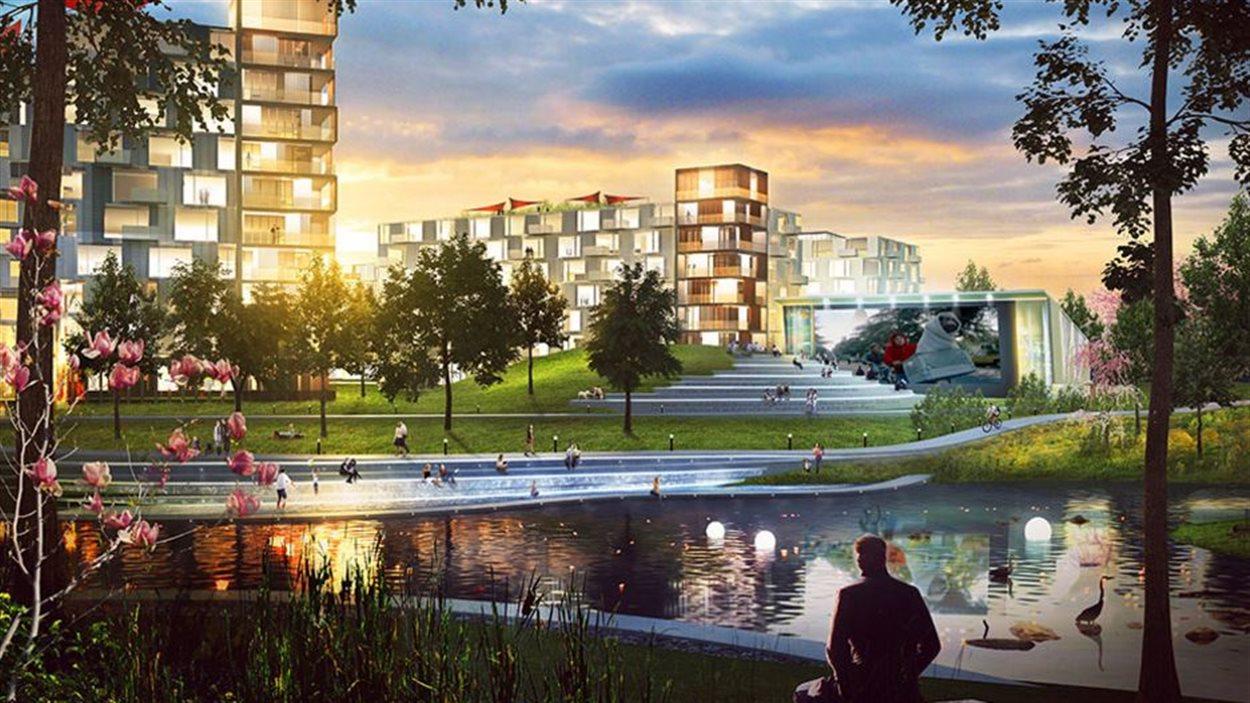