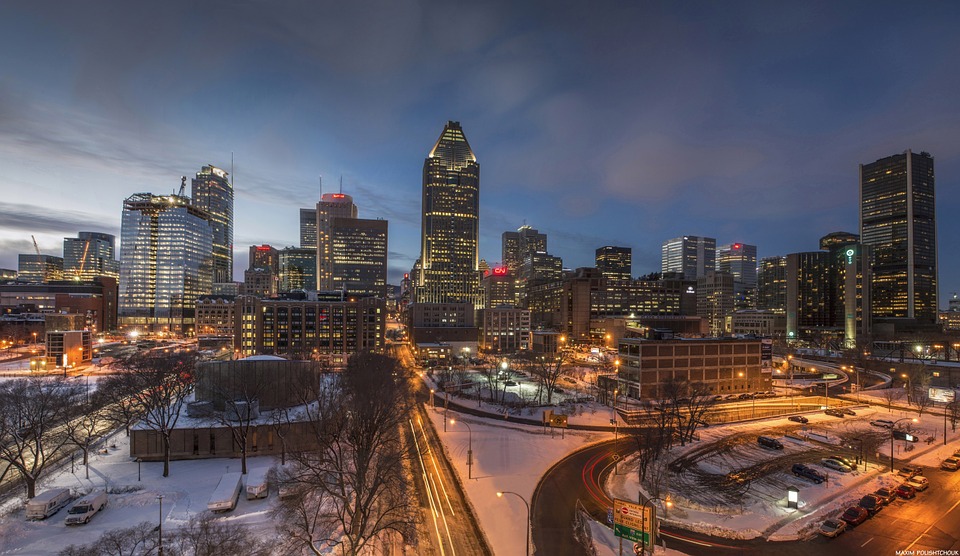 With a huge upswing of condo construction in Montreal over the past few years, 2016 could be the right time to buy the urban paradise of your dreams. Add in the fact that Montreal may be Canada’s best place to live and there’s a lot to like.

With the region’s GDP expected to grow by 2.7 per cent by 2017 – the fastest rate of growth since 2002, according to the Conference Board of Canada – the decision to buy could be simple.

Take advantage while you can

The move to buy is being seen as more attractive for an increasingly young, urbanized workforce keen to live downtown. Not to mention the favourable financing-options available in the city. “The confluence of favourable economic data is fuelling a building boom in some of the most desirable districts,” wrote the Financial Times’ Troy McMullen. “Developers have broken ground on 7,886 condominium units in downtown Montreal this year, according to the Altus Group, a Canadian real estate advisory company.”

Interestingly, a host of economic and market-related factors this year is making investment into condos a great opportunity for foreign buyers as well. The weakening Canadian dollar is continuing to make real estate cheap, writes theTimes. The loonie is down almost 25 per cent against the US dollar since the winter of 2013, the biggest two-year drop on record, according to BMO Capital Markets. And Canada Mortgage and Housing Corporation (CMHC) is predicting sharper growth for property prices, forecasting values to rise 8.4 per cent in 2016.

Translation: Get em’ while they’re hot.

The 2nd best city to live in, yet one of the country’s cheapest

Not only is the city experiencing reviving condo boom, but Montreal is consistently being recognized for quality-of-life, affordability and overall quality.

Perhaps most exciting about the city was when the Economist Intelligence Unit (EIU), an independent branch of the Economist Group which provides forecasting on a country’s economy, cost of living and more, listed Montreal as the world’s second-best city to live in.

Determined by combining findings such as safety, livability and cost of living to name a few, the Safe Cities Index 2015 recognized Toronto as the world’s top destination while Montreal came in a close second. Vancouver, traditionally Canada’s flag-bearer in matter such as these was nowhere to be found.

The ratings are included in the Economist Intelligence Unit’s latest safest cities index, in which Toronto and Montreal rank first and fourth, respectively, for safety among North American safest cities.

In terms of buying property overall, the city is also a bargain buy. Montreal’s average home price sits at fourth cheapest among Canadian cities. Moreover, earlier this year Workopolis calculated how much Canadians need to earn on average in order to buy property, like a new condo. Montrealers need to earn a minimum salary of $68,884 – the third most reasonable among any city in Canada.

A huge upgrade in Montreal’s downtown retail sector means new and future condo-owners in the city will be first to experience a fabulous transformation in what the city has to offer in terms of services.

It all goes back to the city’s transformation from a manufacturing economy to one dominated to new-economy industries, wrote pwc in its 2015 Emerging Trends in Real Estate report. Montreal is benefitting from more employment in health-care and tech-related jobs and the city is also home to several French and English-speaking universities and two state-of-the-art hospitals. Growth in these industries is expected, along with infrastructure investments.

What does it all mean? More young people and retirees are migrating back to the city’s core, which is attracting major investment in retail.

“Montreal retail is expected to undergo a significant transformation in the downtown core. Montreal is keen to attract the sort of high-end retailers commonly found among the cores of other Canadian cities,” writes pwc. “Rue Ste. Catherine is ‘Ground Zero’ for the city’s retail ambitions, and most industry-watchers expect the storied avenue to be utterly transformed over the next five years.”

That, in turn, should influence more growth and modern housing-demand in other sectors of the city, like the plateau. “Midtown Montreal is increasingly attractive to new businesses, especially those in the information, community, technology, multimedia, and video game industry,” pwc wrote in its 2016 report.”